There’s an interesting thread over on ADV rider called “converted dual sports” where folks convert all manner of unusual rides into some form of off roar or dual sport bike. A lot of it can be nothing more than thick tread tires on a UJM inline four but every once in a while there’s a really inspired and well crafted creation. Todd was kind enough to give me permission to re-post pics of his work in progress here. He mentioned that there’s a sturdy piece of aluminum waiting to be bent into a bash plate for under the engine. He says there’s more on the way so this post may get updated a little in the near future.

It’s such a nice fit for the style that I’m surprised that BMW never built one themselves. Great build Todd. Thanks! 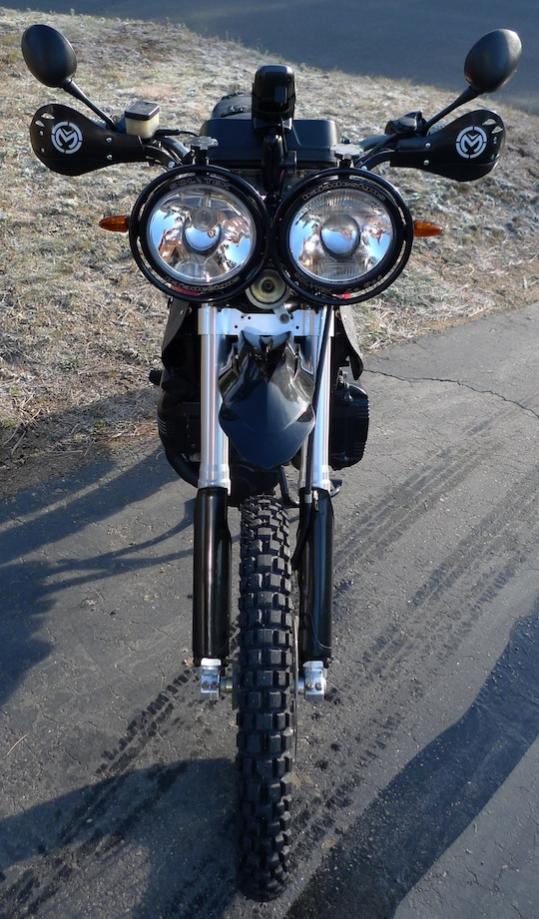