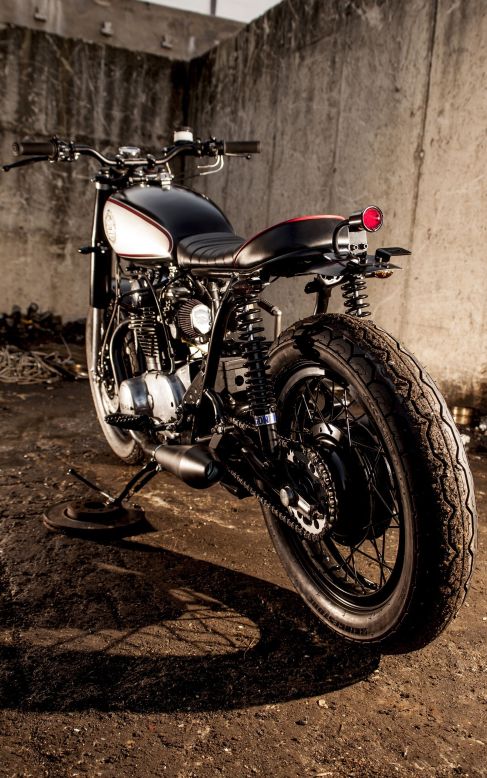 We´re proud of introducing our 1975 Yamaha XS650 “The Mexican”.
We were commissioned by Sergio, a Spanish engineer who is living in Mexico, now for eleven years. he was in love with our work, specially with the Montesa Enduro 75. So, he was in doubt about finding a perfect bike for him. We advise him to buy this XS650, an so we did for him. This bike was never imported to Spain but there were two in the Spanish aftermarket. The bike looks better than really was. Too much rust below the seat… frame, front forks. We decided rebuild it from the ground up.

Sergio, the owner, wanted a kind of tribute to Mexico in she. We looked for and find out the Quetzalcoatl, the Aztec feathered serpent (Quetzalcoatl was related to gods of the wind, of Venus, of the dawn, of merchants and of arts, crafts and knowledge) and painted it in “The Mexican” fuel tank.

So we made cover for front springs and got inspired in old BSAs for the fuel painting.
Now she we´ll live Spain and will go to Mexico, where actually she believes…

Photos from Sergio Ibarra from Semimate