I know I was going to go modern for a while but I just received this outstanding reader ride from Ted Guthrie. A beautifully restored Penton 125 Six-Day. While I’ve never considered myself a true “restorer” of motorcycles (I prefer the term resto-mod) I have struggled with enough old bikes to really appreciate the level of effort that goes into a bike like this. The really great part is that it’s really done out of love of the bikes. You’d be hard pressed to ever make a good living (much less become wealthy) doing this kind of work. But I’m constantly amazed at the work that I see out there and that people send me. Keep sending them in. It’s MUCH appreciated!

Hey, great site you’ve got. Some of the best pics, of terrific variety of bikes, I’ve ever seen. Attached are some photos of my recently completed 1973 Penton 125 Six-Day. Bike started out as a total junker, which had sat outside for years. It now starts first-kick, and runs perfectly. Incidently, the Steel Tanker you have the pic of, which was taken at the AMA museum, belongs to the original owner – Al Born – and the bike is serial # 003. Yep, it is the third Penton ever built. Al is among the original group of riders, who were hand-picked by John Penton to receive (and race and win and promote) the first ten Penton motorcycles produced.
Ted Guthrie
Historian
Penton Owners Group 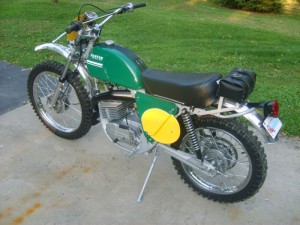 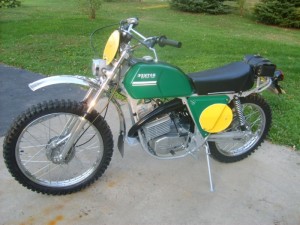 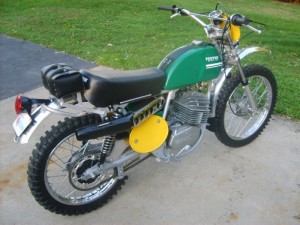